After a glorious start to our little trip we soon found ourselves in the middle of 4 days of torrential downpour and we very quickly learned a couple of new things.

After the beginnings where we had a total of 8764 arguments, which is 8763 more than we’d ever had, the grumps started to be directed more at the situation, not so much each other. I’m seeing this as a minor breakthrough on my part, don’t get me wrong I can still be the ultimate happiness tampon when I want to be. But, I’m learning, slowly that this should not be directed at the only other human going through the same thing as me. The ultimate goal of Herbie’s day is not to make mine miserable, I need to remember that.

Switzerland, what can I say about you? You are both beautiful and infuriating. Stunning mountains, high passes, terrifying decents (for me) and you change which language to speak every 5 minutes.

After cycling up the Swiss Rhone valley from Martigny to Sierre we had to take a train through a mountain from Goppenstein to Kandersteg. It had just started spitting at this point so we decided to pull in for a quick coffee to ‘let the rain pass’ before we attempted the ascent. As luck would have it, the rain got heavier and heavier and heavier. When we could finally put it off no longer we donned all the waterproofs we could get our hands on and started the long ascent. The first few switchbacks were genuinely laughable, it was steep, peeing it with rain and depending on which direction we were facing, a stinking headwind or massive tail. After what seemed like endless switchbacks we happened upon a tunnel. The sign denoted it was 5km long and very dark, should we be cycling through here?? Well, there was a choice of either death by tunnel, or death by decending a pass in torrential rain. At least the tunnel option was dry. Up Up Up, tunnel, lorries, fumes, repeat. After what seemed like eternity, we made it. Through a total of 7 tunnels, interspaced with more rain we made it to the train. Maybe it won’t be raining on the other side? HA!

The other side gave us our first real taste of a Swiss cycle path as we decended on steep gravel trails, occasionally stopping to sob (ok that was just Loz). We reckon Kanderstag is absolutely stunning, when it’s not raining.

We were making up pretty good time en route so we decided to put in a quick lap of the Thunsee lake just for fun. It was pretty flat and we were relishing in the soggy 0% miles through woodland footpaths before we started the ascent to Grindelwald.

Again absolutely beautiful, however as you cycle / push your bike up the valley there is also a train which follows near enough he same route. My mood was such that I was either cursing the dry tourists sat inside or, laughing at them and proclaiming myself to be mega hardcore. At least when we finally reached the top and found our campsite we got a lot of disbelieving looks as we pushed our soggy bikes into camp. Again, not sure if they were looks of respect or pity but there you go. 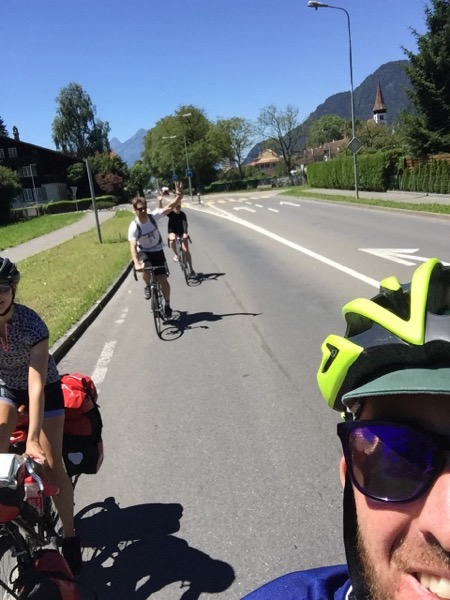 We were initially in Grindelwald for a tail race, which coincided nicely with gatecrashing Tom and Eliza’s honeymoon – thanks guys! What followed were 3 lovely days of mountains, coffee, no cycling and speaking to other people. 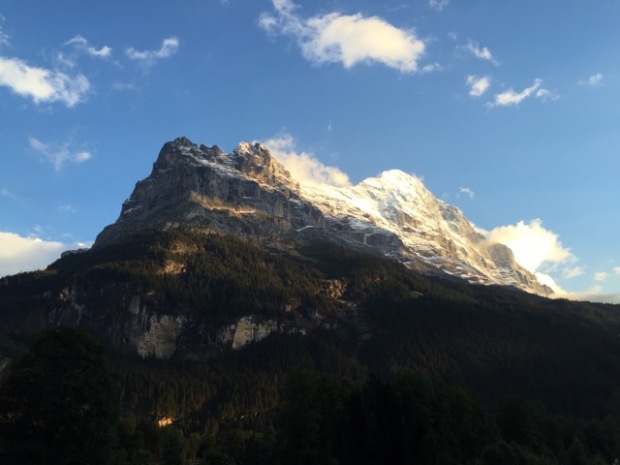 The Eiger in all its glory

At last the time came to leave and we were headed to Luzerne. Again, following a Swiss cycle route we figured it wouldn’t be more than 80k with only one pass. Swiss cycle route – you lie!!! The lumpy but beautiful tarmac road swiftly tuned into a very lumpy, narrow, rocky trail with sheer drops on one side with lots of Sunday tourists. Doing me best not to kill anybody, or myself I slowed us down to about 2km per hour. By the time we had cycled 50km and reached the bottom of the pass, it was already 15:30 and every Sunday driver, motorbike, motorhome and tourist coach was also tackling the Brunig pass. Most vehicles took pity on us giving us a wide berth however one coach in particular thought driving really close behind us and beeping was the best way to let us know we shouldn’t be on the road. Yep, you’re a 50 seater coach, I’m on a bicycle – wanker!

Eventually down the other side we passed a sign saying 40km to Luzerne, it felt like we had been cycling for days by this point, we were both starving and Grumpy McGrumpus was out in full force. Luckily after a couple of weeks en bike we have learnt that when Loz has a tantrum, its best to leave her completely by herself, don’t talk to her and just let her pedal until the end. Zero chat for the last 40km apart from when a particularly helpful Swiss cyclist (he was genuinely great, no sarcasm here) told us Luzerne was only an hour away and it was most definitely flat. Well an hour on a road bike maybe, but two for a fully loaded tourer with shot legs. After 104km and our biggest day yet we pulled into camp, hugged it out and once we had made friends again, ate all the food and had a beer.

All is ok in the world. 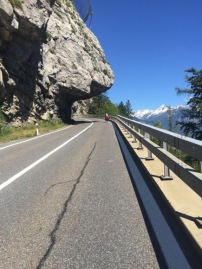 A rare view of with pass without other traffic 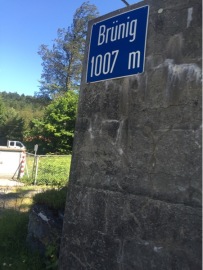 One thought on “Swiss Alps and the rain”